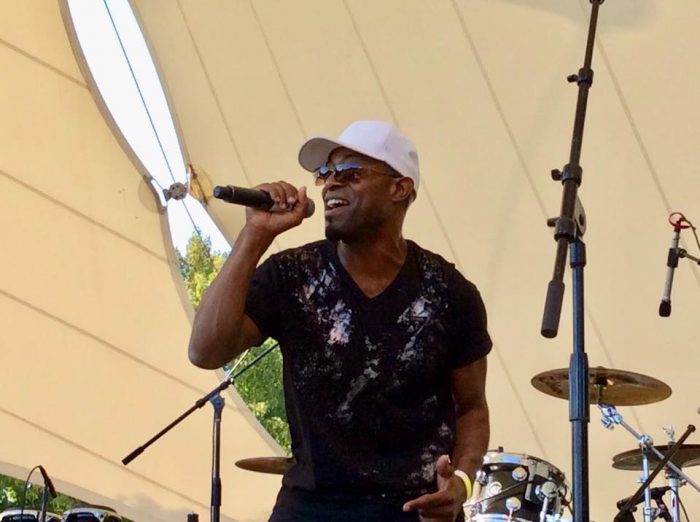 I have been a musician singer songwriter for the past 30 years. What I Love most about creating new music is that I have the ability to touch and move souls.
I love sharing my God given talent to connect with people I know & people I don’t. I am able to compose my own original music from the feelings in my heart and I am able to share it with the world for others to enjoy. My lyrical content separates me from a lot of today’s artists because I don’t swear and I sing with passion and positive messages. I keep the same subject matters that we all go through as my point of music communication.

I grew up at a young age listening to and playing music in the house. My first passion was dancing and playing the drums. My inspiration came from watching and listening to the musician at church. I loved the snap of the snare and wanted to emulate the sounds that I heard. I would sit and practice for hours on my back porch. That passion then grew into singing, songwriting, and producing. At 18, I moved with some high school friends to Minneapolis, MN to play music. I played the local scene there for several years. When I moved back to California, where I am originally from, I gained a pretty good notoriety playing drums with several local bands. During this time, I received many endorsements from major drums companies such as: Kickport International, StageworksGear, VALOR Drumsticks, KAT Alternate Mode www.alternatemode.com/katartists/kimballkhookhooker, Tune-bot www.tune-bot.com/artists.html, and Prentice Practice Pads www.prenticepracticepads.com/blog/?page_is=1019 .

2015 has been a great year for Kimball Hooker. The year started out with me performing alongside Troop, Kelly Price, Lady of Rage, Dewayne Wiggins and Luenell Campbell at the OHM Nightclub in L.A. I sang Diamonds and Pearls with Sangin’ Sara, at a Benefit for Rosie Gaines. I was a featured artist at Sherry Gordy Presents in Las Vegas and returned in August to host and perform at their 2 year anniversary special. I opened up for Rhonda Ross in Las Vegas. In November, I was privileged to open up for the legendary soul singer Howard Hewett. I also took second place in an international radio contest on Sparkx Radio. One of the biggest highlights of 2015, has been performing at the Bay Area Black Music Awards and winning two BMA Awards (The Ambassador of Music Award and The Best Urban Pop/Rock Award).

Today I am a seasoned singer, songwriter, producer, and professional drummer. I have released multiple HIT singles that I both wrote and produced. “Light Em Up” has gained the most attention with several remixes. I just released a remix of Light Em Up produced by Freddy Kaza www.facebook.com/fredy.shimoda/about from Brazil. Light Em Up has been very successful in Europe, especially in France where it is being played on rotation every hour on Funk France Radio. My music can also be found on Pandora. Other recently released singles are Sexy Senorita, Prescription, Live It Up, and Rumpa. These singles are available on iTunes www.itunes.apple.com/us/artist/kimball-hooker/id822125857 , Spotify, Amazon http://www.amazon.com/s/ref=sr_nr_seeall_7?rh=k%3Akimball+hooker%2Ci%3Adigital-music&keywords=kimball+hooker&ie=UTF8&qid=1414872093 , and other online retailers. Be on the lookout for new material. I am continuing to write and produce new songs every day! Follow me on Facebook and check out my website at www.kimballhooker.com.