Originally Published on Linkedin.com on February 6, 2018 By Kristin Anne Dudley

Readers in a rush – scroll to the bottom for your 6 ways.

“One man can make a difference, but a team can make a miracle.” Words of wisdom that Eagles head coach Doug Pederson delivered to kickoff what became his unforeseen – unbelievable – championship winning season.

Indeed, the line is true – the Eagles are a testament to it. What I explore and lay out for you here – dear readers from Philadelphia and beyond (fan or not) – are all of the ways in which this championship team, and their leadership, experienced the power of emotional intelligence lead them to victory; and how you can begin incorporating it within your own working teams to achieve remarkable success.

The definition of emotional intelligence is: the capacity to be aware of, control, and express one’s emotions, and to handle interpersonal relationships judiciously and empathetically. Being in touch with one’s emotions is not often a prioritized characteristic in the recruitment and hiring of NFL coaches, yet just over two years ago, it was exactly what Eagles owner Jeffrey Lurie was seeking. Before the hiring of Coach Pederson, Lurie shared what he sought in a new head coach including, “emotional intelligence” and the ability to “open their heart” to the players. This notion was laughed at by those within this industry – but the question must be asked, as of Super Bowl 52 on February 4th 2018: who’s laughing now?

The truth is, emotional intelligence is a key to both personal and professional success, and it’s something that requires attention and work. If you have grown to take on a leadership position, you have likely taken the time to become acutely self-aware, mindful and empathetic. If you have not yet focused your attention on this – it’s time to do so: NOW. Or more like, yesterday. You cannot lead your team to victory without having their trust – this is at the core of the Eagles’ team success.

In a recent interview, Lurie reflects on Coach Pederson: “There’s a lot of great coaches,” Lurie said. “They all have their different styles, but the one common ground amongst them all is absolute consistency and genuineness. And Doug Pederson is just himself. And at times, that’s very humble, and at times, it’s just very real. At times, that’s very bright. At times, it’s tough. But he does it in a true genuine way and I think players really respond to that in today’s world.”

Pederson has been able to be honest and forthright with his team because he is incredibly transparent about his own process. His belief in team, and the importance of the relationships within the team, were quickly adopted by the players. Pederson installed a basketball arcade game in the men’s locker room, an unusual gift from an NFL head coach. The game keeps players around and gives them an opportunity to play with one another in a relaxed way, and ultimately, build on their relationships.

I found myself curious to learn more about this incredible team after watching their NFC Championship win. The immediate, in the moment, testimonials from the players were not focused on reliving plays, bragging about player abilities or noting specific strategic coach calls. Instead, they were endlessly celebrating their relationships! You heard many of the players mention “love,” “brotherhood,” and “fun at work,” each attributing their appreciation and admiration for one another as what led them to that big win — and here, they weren’t even finished yet.

A few sports writers have dug into the topic of ‘emotional intelligence’ since Lurie brought his dream coach vision to light. In 2016, ESPN writer Phil Sheridan explores the topic in his article “Doug Pederson’s ‘Emotional Intelligence’ Rooted in Experience”. Pederson shares a couple of the ways he exercises his EQ:

1. Be Visible – “…it’s the only way you can begin to build relationships.” Pederson describes walking into the locker room, “the player’s turf”, on a daily basis and how he encourages his fellow coaches to do so as well.

2. Have Empathy – “…I know when it’s time to give the players a break. That’s the beauty, I think, in having been a player.” Pederson doesn’t allow his advancement to cloud his memory of being in the pads of the player.

Lastly, it’s critical to note: “the underdog” complex which with both the Eagles, and Philadelphia, identify.

In reaction to all of the doubt surrounding the team, Malcolm Jenkins defended, “…all we did was stick together man, love each other and have fun playing.”

When the team’s MVP quarterback, Carson Wentz, suffered a season-ending knee injury, backup quarterback Nick Foles, stepped-in and up to the extraordinary doubt of many. The uneasiness of the fans was palpable, who had felt so close, yet so far away, from a Super Bowl championship at last. But Foles, and the entire Eagles team, surprised us all; making it to the Super Bowl and then defeating Tom Brady and the New England Patriots – who may have arrived to the Super Bowl a little too confident. Foles set multiple records and he credits his success as a result of the dynamics within the larger team.

Through it all, Foles maintained a special relationship with Wentz. Wentz, who very well could have spent the rest of the season wallowing in the misery of his injury, instead did just the opposite. Wentz remained a sideline support to the team, and a partner (“a brother”) to Foles – supporting him all the way to the end zone. The team credits their ability to overcome adversity as a core strength. Coach Pederson led them there. By focusing on building better relationships within the team these players were able to face adversity together — and fight for the wins, together. These players were led by something higher than themselves – with purpose (you must have heard about all of their mission work) and love, this team stands out like no other.

In summary, People Leaders, here are the ways YOU can begin incorporating this exceptional team’s exceptional examples of emotional intelligence to lead your own teams to success:

1. Practice self-awareness in order to achieve emotional intelligence.
2. Exercise empathy – put yourself in your team member’s shoes, look through their lens.
3. Create a culture of transparency – stay visible and grow trusted by your team.
4. Invest time in the relationships you have with your team members and give freedom for relationships to grow between them.
5. Never allow adversity to get you and your team down – change the narrative to see challenges as opportunities.
6. Provide a purpose higher than self. Give your team the opportunity to align with something mission-driven, it will elevate them.

As a lifelong Philadelphian and therefore born-to-be fan, I could go on and on about what this win means for our great city, however, there is plenty of happy chatter going on about that. What I am immensely proud of is how this team made it happen, through all of the soft skills so often dismissed and found immeasurable. Exemplifying our spirit as the “City of Brotherly Love.” Whether you’re a sports nut or not, I hope you are inspired by this incredible team’s story to move forward with emotional intelligence to achieve all you ever dreamed. Don’t forget, a person can make a difference, a team can make a miracle. 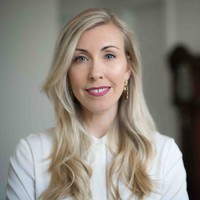 Kristin Dudley has a Masters in Organizational Dynamics from the University of Pennsylvania with Certificates in Organizational Leadership Studies and in Organization Development & Change Studies. She’s the Founder of Co-Create, a creative and collaborative consultancy firm based in Philadelphia. Co-Create focuses on building employer brands and enhancing candidate experiences. To inquire about her work or engage her to speak at your office, conference or event, you can visit withcocreate.com or reach her directly at kristin@withcocreate.com.