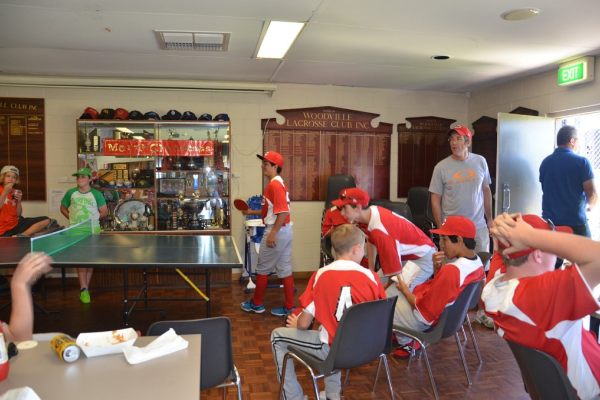 Goodwill Series Inc, produced the 1st Goodwill Series in 1983. The National HS Team from Japan played our American team in Rohnert Park, Sacramento and Reno. Japan TV filed the games to 40 million people in Japan. American Professional scouts are the team coaches and selected the team.

This year’s journey to the land “Down Under” and New Zealand will help prepare players for a future career as a baseball player, either at the collegiate or professional levels, as they need to be in top physical and mental condition in order to compete every day. The State Team Australian baseball players are the best in their country. Many are professional players and Olympic team players. Australia is now ranked #7 in the World.

Our Goodwill players will train with professional coaches, scouts and athletic trainers (with the exception of travel dates and holidays), play a series of 12 games in two different cities and stay with “Australian Billets” or host families, so that they may truly understand the meaning of Australian hospitality and the “Goodwill” part of the series!

Besides the physical improvements each player makes during this time, there is something else that takes place during the trip: personal maturity and appreciation for the World.

Players will persevere through difficult game situations, learn how to travel, budget their finances, prepare each day for the task at hand with proper rest, mental focus, and nutrition, and ultimately grow more confident through reliance on their skills and abilities as young adults in a foreign country. 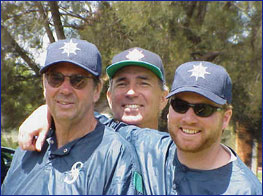 Players staying with host families not only prepares them for their future host family endeavors during collegiate summer leagues and minor league baseball seasons, but it also allows them to appreciate a new and exciting culture, different customs, cuisine, and communication as well!

The Goodwill Series is unique in that it allows players to develop and enhance personal relationships with their “new” and supportive Australian families, and in turn, share their American experience with them as well. These host families open their hearts and homes to the players they receive and often schedule trips to the local wildlife preserves, schedule “Bah-bies” (BBQ lunches or dinners) and provide transportation to and from the fields each day.

One common thread unites the Goodwill Series players: after returning, the majority of their parent’s comment that their sons “grew” while away, typically becoming more independent, assertive and responsible around the house and within the classroom. The reason for this is that during their time away from home, players realize the necessity of making sound decisions, to carry themselves with dignity, and finally, to appreciate that which they have: their families, friends and country.

The Goodwill Series is intent on helping afford players that would not otherwise be able to attend the chance to travel on this lifechanging experience. Each year, the Goodwill Series unites with players and families to conduct fund-raising events to help cover the majority of costs.

The Goodwill Series INC. is a 501c, Non-Profit organization and donations are used for the benefit of the players.
For further information about the Goodwill Series, and to make donations by check, debit or credit card, please visit our website, www.Goodwillseries.org. Many thanks, “No Worries Mate” and “G-Day”!