SluggerHost.com  was founded by Bob Cheal in 1996. Originally it was a Beatles music site that had a dual purpose – first to help Beatles fans locate Beatles resources on the fledgling internet and the second, to act as a ad revenue site. Eventually, SluggerHost.com Web Hosting evolved into a full fledged Web Development company specializing in security on the WordPress platform.

“WordPress is the perfect environment because of its flexibility, its inherently strong SEO structure, it’s powerful capabilities and last but not least, the fact that clients can manage their own site content.” ~ Bob Cheal 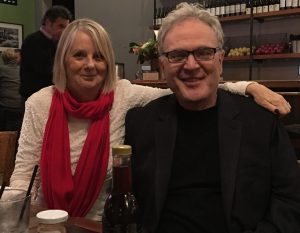 In 2012 Bob met and worked with Christina Palmer, owner of a public relations and marketing company, Little Wing Connections which works with community conscious businesses, organizations and individuals holding themselves accountable for the growth in their communities. Christina, quickly became Bob’s protégé as she was already building websites on more of the aesthetic front end side of wordpress, focusing on SEO, Social Media Integration, Blogging and Marketing Public Presence for her clients.

In 2017 Bob Cheal chose Christina Palmer and her Little Wing Connections team to continue on the SluggerHost.com legacy, making it possible for community conscious businesses, organizations and individuals to have a safe and secure web presence for their clients to find them. Little Wing connections hosted by SluggerHost.com specializes in Web Development, Hosting, Domain Names, SEO, SSL Certifications, Security with Daily Backups, Blogging, E-commerce Specialists, Social Media Integration and Maintenance as well as Public Relations and Marketing and more available for all of their clients! 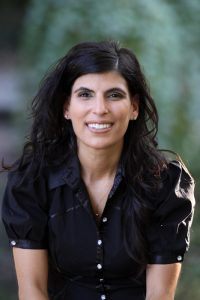 Christina Palmer~Owner~Web Developer
Born and raised in Northern California, Christina has made it her life work to be of service through accountability and contribution in her many communities. Christina understands people, their businesses, organizations and their needs. She connects all through humanistic marketing as she creates an awareness of needs presented to her and her many platforms. She believes a community has the conscious choice to contribute or find avenues that can when presented with adversity or challenges.

Professionally, Christina owns a public relations and marketing company, Little Wing Connections and it’s hosting company, SluggerHost.com which works with community conscious businesses, organizations and individuals holding themselves accountable for the growth in their communities and on the world wide web, keeping local business owners informed of any community needs. In addition, Christina served on the Vacaville Community Services Commission appointed by the mayor from 2012 to 2020. Christina has also volunteered her time as a mentor to Solano County’s office of Education’s Career Technical Education Virtual Enterprise Program and for Virtual Enterprise International’s Annual Bay Area  Conference & Exhibition. Christina has highly endorsed her local Chambers of Commerce’s throughout the years by serving as an Ambassador for the chambers that she has been a member of and in the 2013-2014 term, she was awarded the KI Jones Award by the Fairfield-Suisun Chamber of Commerce. Christina has also served on the board for Solano Partnership Against Violence.

Christina’s love for delicious food, great music, clothing and passion for service has created a diverse portfolio of projects. Christina has always had a passion for conscious clothing focusing mainly on Dr. Emoto’s theory of water. The idea of water responding positively to it’s surroundings made Christina focus on what we put on our bodies. Dr. Emoto inspired Christina to launch Sudara blu in 2017. Sudara Blu Is Apparel That Truly Expresses Our True Purpose In This Lifetime. Words, Affirmations And Images That Lift Us Up To The Highest Version Of Ourselves. Sudara Blu Is A Clothing Line To Be Worn With Intention. Sudara Blu Seeks To Shed Light On The Conscious Choices We Make In Life On A Daily Basis. Christina shares her love for Sudara blu with her husband, Jesse Palmer, the very talented artist who draws all it’s designs as well as designs for his own clothing line, 2 Lost Souls.

On many occasions throughout the years, Christina Palmer and Moana Liva have attended many festivals and events with their Ohana, and have always enjoyed the diverse array of food vendor cuisine. The amazing local food vendors with their diverse cultures that present their homeland dishes in one location is far greater than any one restaurant at one given time. Food vendors always pull in a hungry crowd at favorite events around the world and their patrons will line up seeming to never get enough.
Christina has always enjoyed Moana’s food, so he was the first person to come to her mind in 2017, when she wanted to be a part of the food movement. A few months later, Holy Mo’s was born!

Christina Palmer, (authored under the last name of Baird) is the author of How Far Will I Run, A Memoir which focuses on how she has made a conscious choice to be an asset to society despite her childhood traumas. Her passion for running is in alignment for how she lives her life in a day to day environment. Creating a space to always go a little bit farther, accomplishing feats that were once thought to be unattainable, she appears to continually train for life’s marathon. Her book is her journey as a committed student of compassion and growth, who loves and serves to the best of her ability.

In 2014, Christina became a Facilitator for the Darkness to Light Stewards of Children Training on a quest to bring child sexual abuse prevention training’s to her community. Christina works with local non-profits, youth sports leagues, organizations, religious affiliations and legislation to deter predators from harming today’s youth.

In 2015, Christina collaborated with other life-empowering survivors, who choose to break the cycle of childhood abuse and contributed to the book, Trigger Points: Abuse Survivors Experiences of Parenting.

In 2016, Christina was awarded Congressman John Garamendi’s 2016 Women of the Year award which honors outstanding women of the Third Congressional District who have improved the quality of life in our district for her efforts in her lifework and volunteerism. 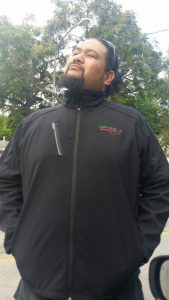 Moana Liva~Head Web Developer
Moana was born and raised in Kailua, Hawaii and moved to California at the age of 11. Moana, while residing in Long Beach with his family, later attended Polytechnic High School and graduated in 1994. Moana’s next endeavor was Chapman University, a private college located in Orange California, where he was a starter for the football team through his first two seasons. Knowing that he wanted to be a school counselor he chose Sociology as a major.

Football being one of Moana’s great loves decided to pursue an athletic career and transferred to Sonoma State University on the dreams of achieving athletic recognition and made this decision based on the experience of an Uncle who had previously attended the University and who still had significant ties to the school. Once choosing Sonoma State, the same Uncle took Moana under his wing to help train him to be better at the position because they both played the same exact one. Shortly after making the move to Sonoma State, Moana made a life changing decision based on the situation that Sonoma State did not offer scholarships and chose to forego his football career to take on two jobs and in the end it affected his school work. Moana decided to take a different direction regarding his education and transferred to Santa Rosa’s J.C. where he was able to manage school and work and in the fall of 1997 he earned his Associates Degree in Business.

Shortly thereafter, Moana made another life changing decision to move back to Southern California as well as leaving the pursuit of a Bachelor’s Degree behind him in order to join the workforce. Moana has been in the workforce for the last 17 years. Moana has worked in shipping and receiving at CalSpas and Bull’s BBQ for 10 years. He also worked at the VFW post 8070 in Azusa, California from June of 2012 to June 2019. He interacted with Veterans of all 4 branches of the U.S. Military. In his time with the VFW, Moana has had the pleasure of meeting and talking with Veterans from recent wars and as far back as World War II. It has been an honor for Moana to interact with men of such distinction.

Alongside the work at the VFW, Moana has regained his love for the game of football through coaching one of the local high schools. Moana’s love for the game resided in him once again when one of his friends informed him that there was a school looking to hire coaches and without a blink Moana jumped at the opportunity to be a part of the game he’s always loved. He currently coaches the offensive line of the Junior Varsity and Varsity football teams and in his second season the excitement of being a part of a wonderful group of young men as they strive together to be successful can hardly be contained. Moana takes pride in being able to teach the fundamental skills needed in order to play the game of football and in the end these young men teach Moana a much more valuable lesson in life, “No matter what life throws at you to always be humble and thankful for what you have” and being a part of these young men’s lives and football has brought Moana a great deal of satisfaction since his days of playing.

Another great passion for Moana, is cooking, and in the form of Barbecuing. He found this to be one of his niche’s during a small party at a football game. Barbecuing has not only become a great interest it has taken Moana into the catering side of it at times and finds it to be a way of relaxing and he finds comfort when he is able to see the satisfaction on the faces of people he has served with his creations he has worked so hard at making. Since 2015, Moana has been a part of growth and expansion in Little Wing Connections as head Web Developer and it’s given Moana the avenue to embellish on what he’s already a part of and he has learned to take life in stride, don’t fix what is not broken and praise every day that God has given. Eagerly he looks forward to what awaits him around the next corner of this journey. 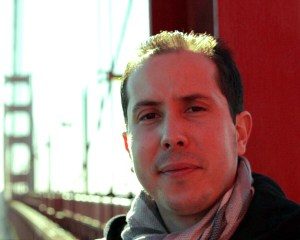 Kristian R. Medina has been producing films and Media for 10 years. He is passionate filmmaker who loves to direct and produce films that inspire people to create change in society. Kristian has worked in numerous independent films and produced several documentaries such as Gloria SF Neighborhoods which visual style explores the architecture and diverse cultures in SF, The Art of Presence, a documentary that explores meditation and aging and was produced by The San Francisco Health Equity Institute at SFSU, and recently came back from abroad teaching documentary for the Actuality Media outreach program in Guatemala, Malaysia  and Uganda.

Kristian currently is part of the Little Wing Connections hosted by SluggerHost.com team. He works as a blogger posting about social media, public relations and people is making difference locally and internationally. Also he  creates the Little Wings media and videos for its clients and blogs about his experience making movies.

Medina received his Associates Degree in Film and TV from Solano Community College, and his Bachelors in Fine Arts Degree in Cinema from SFSU with an emphasis in producing and directing films and media.

Kristian current and future plans include keep teaching and producing films, documentaries, and blogs that inspire future generations to create beneficial changes in the world.