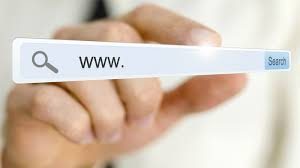 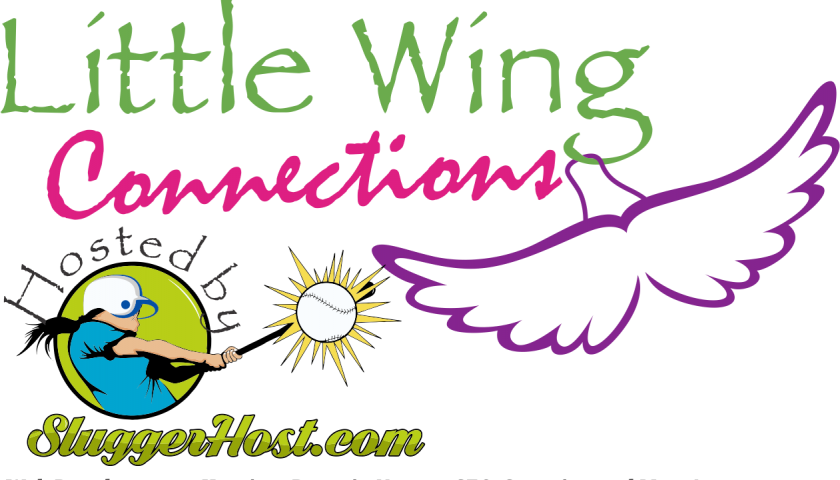 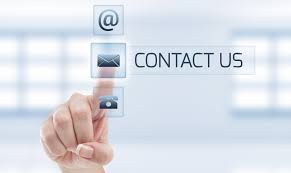 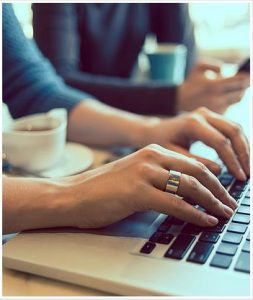 What the Creative Job Market Can Tell Us About Content Marketers

Originally Published on Contently.com on January 24, 2018 By Jordan Teicher

My parents have no idea how to define content marketing. They could tell you what I do on a daily basis (write, edit, brainstorm, crunch data, send infinite emails), but the industry itself is a mystery. Same goes for my friends, who still have to ask what Contently does every time I see them even though I’ve been here for four years. Some of my coworkers like to joke that the hardest thing about our jobs is trying to explain what we do at a party.

When people find out I’m an editor, they usually assume I work in journalism. It’s well defined, like public relations or copywriting. But by definition, content marketing is a broad umbrella spanning multiple fields. And as more companies invest in content, that umbrella is starting to impact the way we think about building marketing teams.

Last month, The Creative Group, a staffing firm that focuses on marketing and advertising, released a report on the 2018 job market. According to 400 U.S. executives, almost 80 percent plan to maintain their current hiring plans, suggesting a stable job market for creatives. Five percent of executives plan to add new positions over the next six months.
While that information may not shock anyone, how those hires are distributed can tell us a lot about the future of marketing and advertising. The report named content marketing as the top hiring area for this year, with 25 percent of executives planning to build out that team. Digital marketing and brand/product management rounded out the top three. 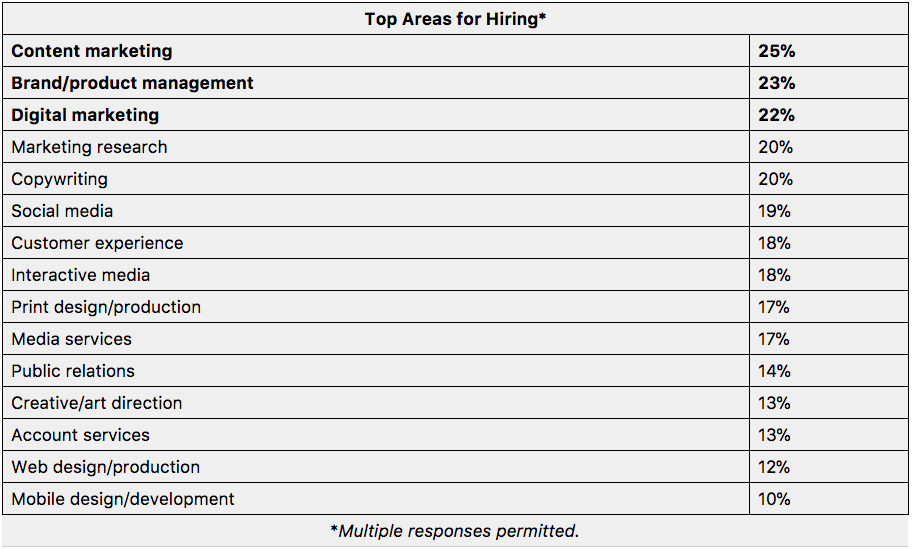 The results suggest that the era of the specialist may be fading. While the top three hiring areas are broader disciplines, the more specific jobs all fell lower on the list.

This isn’t an anomaly. Today’s content marketers are increasingly asked to wear more hats. It’s not unusual for one person to be responsible for blogging, copywriting, social media, and public relations. Five years ago, there’d be four people handling that. The landscape looks the same for designers, who might be running everything from art direction to infographics to print collateral.

Expect the multitasking to continue. In Salesforce’s 2017 “State of Marketing” study, 59 percent of marketing leaders revealed that traditional marketing roles limit their ability to engage customers. Marketers now need to become five-tool players capable of working across departments and teams. Soon, the only thing they won’t be able to do is explain their industry to their parents.