Originally Published on Contently.com on May 15, 2017 By Kristen Poli 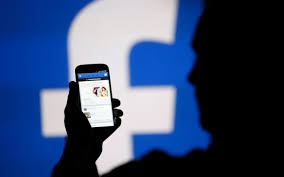 I rarely get nervous presenting content plans to Contently clients, but there’s one comment I hear every so often that makes me uneasy: “We don’t care if people share our content. We only care about generating leads and conversions.”

This declaration usually comes from B2B marketers who dismiss social shares in the same way people talk about pageviews. I’m not surprised. As more brands build sophisticated content marketing programs, better performance metrics like returning visitor rate, finish rate, and engagement rate have emerged. Thanks to heat maps, behavioral targeting, and advanced monitoring, these measurements promise greater visibility into who your audience is and how readers interact with your content.

With all of this progress, counting Facebook, Twitter, and LinkedIn shares may seem like a thing of the past. Yet, in many ways, measuring content success on social media can be extremely valuable—for different reasons than you might expect. The way your content performs on social media is a great indicator of its overall effectiveness, including its search performance. According to Google, 90 percent of B2B researchers use search to assist them in making purchasing decisions, which is an incredible stat that marketers shouldn’t take lightly.

When a piece of content gets published, search engines like Google crawl the page, looking at hundreds of factors to find out if it’s useful or total junk. Generally, if the content is relevant and the page is built to support a positive user experience, Google rewards the content with a high ranking. Search engines don’t publicly disclose which particular attributes help a piece of content reach the first page of search results (and get in front of the most users), but we have a decent gist of key ranking factors.

In the early days of search, savvy site-builders often found correlations between particular attributes and high rankings, so they tried to game the system even if it meant sacrificing quality. For example, when search algorithms were simpler and more static, content creators would publish pages filled exclusively with their target keywords and related terms, often without full sentences (this practice is now known as keyword stuffing).

As search engines have evolved, SEO authorities like Searchmetrics have built businesses out of finding correlations between content attributes and search ranking. They then tell marketers how to optimize their content for maximum visibility. In the latest ranking report from Searchmetrics, the company reveals some helpful information about one of the most contentious ranking factors: social signals, particularly Facebook shares and likes.

According to the report, there is a 20 percent rank correlation between Facebook signals and organic search ranking, a mark that has remained steady over the past few years. As of 2017, links that held the first position on the first search results page for a given keyword were correlated with over twice as many social signals as the link ranked second. At the very least, this kind of evidence suggests Google and other search engines could take social performance into account when ranking content.

As anyone who has ever taken a college statistics course will tell you, correlation doesn’t equal causation. But why wouldn’t search engines want to take so much publicly available data into consideration when ranking? Much like a high-quality backlink gets factored in by a web crawler, a social share signifies that your content is endorsed or otherwise deemed meaningful by a human user (most of the time).

For now, we’ll have to live without concrete confirmation. Whenever an article comes out arguing that social shares influence ranking power, there’s another article or interview that counters it. A few years ago, Google engineer Matt Cutts went on record denying the correlation. Bing, the world’s second most-used search engine, has explicitly stated that it takes a limited amount of social data into account when ranking pieces. Historically, Google has been consistently tight-lipped about its algorithm, but the company has has hinted that the sheer size of the social web would make it difficult to rate the trustworthiness of some authors over others.

To me, much of the debate is irrelevant. High-quality content that puts the audience first succeeds across channels and mediums. According to internet analysts like Mary Meeker, social media usage is still growing steadily across the globe, and signs of its importance can be seen nearly anywhere you look. It’s my guess that as search engines become even more sophisticated, social signals will become one of the most important ranking factors for content.

No magic amount of backlinks or social shares will put your content into the spotlight, but ensuring that your stories are easily sharable on social will help your audience grow organically. It should also deepen relationships with your current customers and give your site an SEO boost. So if you’re a marketer, you should absolutely care about social shares. Because without them, generating those precious leads and conversions may not be as easy as you think.