Originally Published on Medium.freecodecamp.org on January 29, 2018 By Flavio Copes 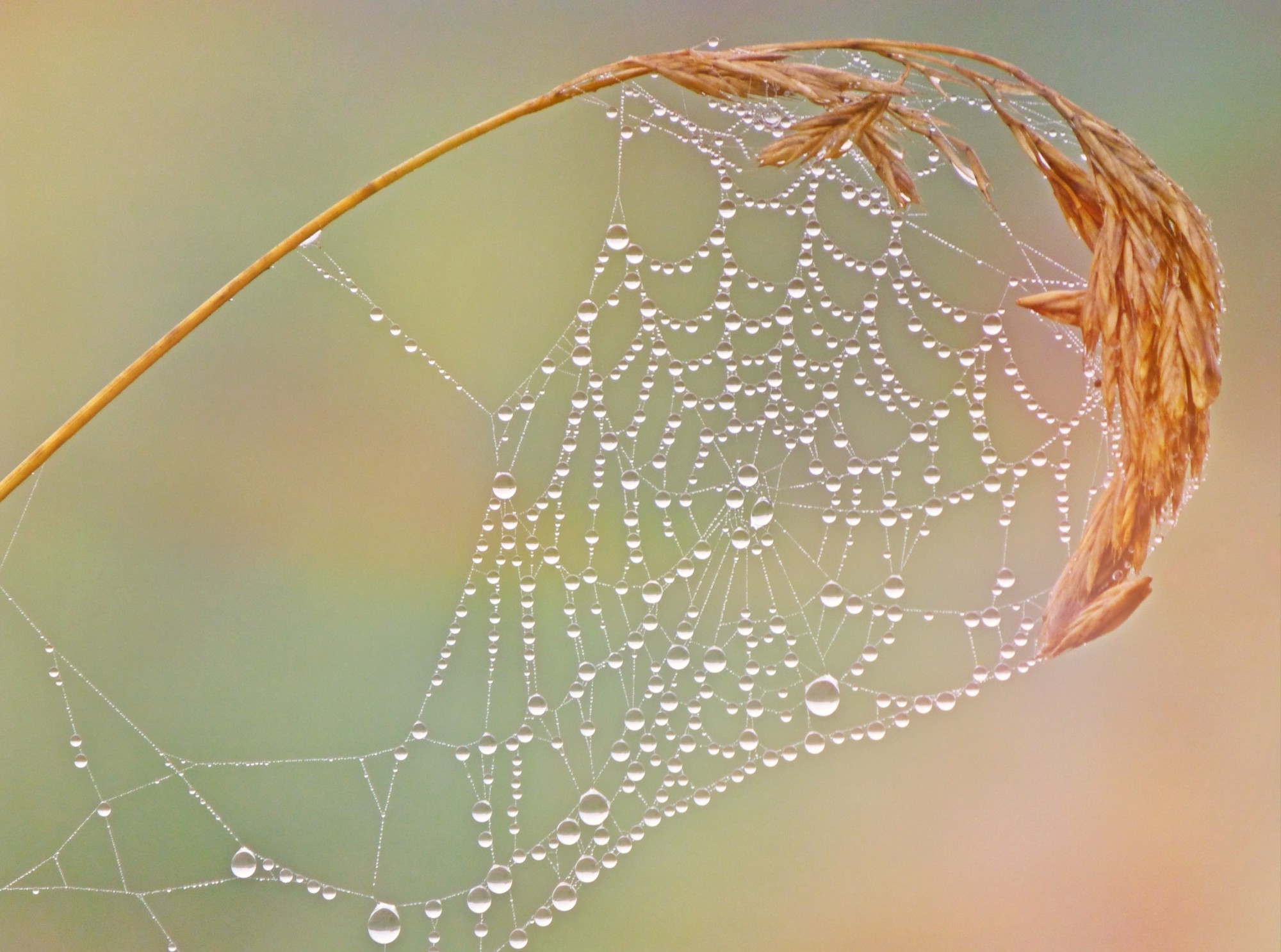 WebKit, the tech underlying Safari and Mobile Safari, has recently (Aug 2017) declared that they’ve started working on introducing Service Workers into the browser. This means that soon they will land in iOS devices as well. So the Progressive Web Apps concept will likely be applicable to iPhones and iPads, if Apple decides to encourage this approach.

It’s not a groundbreaking new technology, but rather a new term that identifies a bundle of techniques that have the goal of creating a better experience for web-based apps.

What is a Progressive Web App

A Progressive Web App is an app that can provide additional features based on what the device supports, providing offline capability, push notifications, an almost native app look and speed, and local caching of resources.

This technique was originally introduced by Google in 2015, and proves to bring many advantages to both the developer and the users.

Developers have access to building almost-first-class applications using a web stack. This is always considerably easier and cheaper than building native applications, especially when considering the implications of building and maintaining cross-platform apps.

Devs can benefit from a reduced installation friction, and at a time when having an app in the store does not actually bring anything in terms of discoverability for 99,99% of the apps, Google search can provide the same benefits if not more.

A Progressive Web App is a website which is developed with certain technologies that make the mobile experience much more pleasant than a normal mobile-optimized website. It almost feels like working on a native app, as it offers the following features:

Mobile platforms (Android at the time of writing, but it’s not technically limited to that) offer increasing support for Progressive Web Apps. They even ask the user to add the app to the home screen when that user visits such a site.

But first, a little clarification on the name. Progressive Web App can be a confusing term, and a good definition is: web apps that take advantage of modern browsers features (like web workers and the web app manifest) to let their mobile devices “upgrade” the app to the role of a first-class citizen app.

How does a PWA stand compared to the alternatives when it comes to building a mobile experience?

Let’s focus on the pros and cons of each, and let’s see where PWAs are a good fit.
Native Mobile Apps

Native mobile apps are the most obvious way to build a mobile app. Objective-C or Swift on iOS, Java /Kotlin on Android and C# on Windows Phone.

Each platform has its own UI and UX conventions, and the native widgets provide the experience that the user expects. They can be deployed and distributed through the platform App Store.

The main pain point with native apps is that cross-platform development requires learning, mastering and keeping up to date with many different methodologies and best practices. If, for example, you have a small team or you’re a solo developer building an app on 3 platforms, you need to spend a lot of time learning the technology and environment. You’ll also spend a lot of time managing different libraries and using different workflows (for example, iCloud only works on iOS devices — there’s no Android version).

Hybrid applications are built using Web Technologies, but are deployed to the App Store. In the middle sits a framework or some way to package the application so it’s possible to send it for review to the traditional App Store.

Some of the most common platforms are Phonegap and Ionic Framework, among many others, and usually what you see on the page is a WebView that essentially loads a local website.

I initially included Xamarin in the list, but Carlos Eduardo Pérez correctly pointed out that Xamaring generates native code.

The key aspect of Hybrid Apps is the write once, run anywhere concept. The different platform code is generated at build time, and you’re building apps using JavaScript, HTML and CSS, which is amazing. The device capabilities (microphone, camera, network, gps…) are exposed through JavaScript APIs.

The bad part of building hybrid apps is that, unless you do a great job, you might settle on providing a common denominator. This effectively creates an app that’s sub-optimal on all platforms because the app is ignoring the platform-specific human-computer interaction guidelines.

React Native exposes the native controls of the mobile device through a JavaScript API, but you’re effectively creating a native application, not embedding a website inside a WebView.

Their motto, to distinguish this approach from hybrid apps, is learn once, write anywhere. This means that the approach is the same across platforms, but you’re going to create completely separate apps in order to provide a great experience on each platform.

Performance is comparable to native apps, since what you build is essentially a native app which is distributed through the App Store.

In the last section, you saw the main competitors of Progressive Web Apps. So how do PWAs stand compared to them, and what are their main features?

Progressive Web Apps have one thing that separates them completely from the above approaches: they are not deployed to the app store.

This is a key advantage. The app store is beneficial if you have the reach and luck to be featured, which can make your app go viral. But unless you’re in the top 0.001% you’re not going to get much benefit from having your little place on the App Store.

Progressive Web Apps are discoverable using Search Engines, and when a user gets to your site that has PWAs capabilities, the browser in combination with the device asks the user if they want to install the app to the home screen. This is huge, because regular SEO can apply to your PWA, leading to much less reliance on paid acquisition.

Not being in the App Store means you don’t need Apple’s or Google’s approval to be in the users pockets. You can release updates when you want, without having to go through the standard approval process which is typical of iOS apps.

PWAs are basically HTML5 applications/responsive websites on steroids, with some key technologies that were recently introduced to make some of the key features possible. If you remember, the original iPhone came without the option to develop native apps. Developers were told to develop HTML5 mobile apps that could be installed to the home screen, but the tech back then was not ready for this.

The use of service workers allow the app to always have fresh content, which can be downloaded in the background, and to provide support for push notifications, which offer greater re-engagement opportunities.

Also, sharability makes for a much nicer experience for users that want to share your app, as they just need a URL.
Benefits

So why should users and developers care about Progressive Web Apps?

PWA are lighter. Native Apps can weigh 200MB or more, while a PWA could be in the range of the KBs.
There’s no native platform code
The cost of acquisition is lower (it’s much more difficult to convince a user to install an app than to visit a website to get the first-time experience)
Significantly less effort is needed to build and release updates
They have much more support for deep links than regular app-store apps

Part of the Progressive Web App definition is that it must work offline.

Since the thing that allows the web app to work offline is the Service Worker, this implies that Service Workers are a mandatory part of a Progressive Web App.

WARNING: Service Workers are currently only supported by Chrome (Desktop and Android), Firefox, and Opera. See http://caniuse.com/#feat=serviceworkers for updated data on the support.

A Service Worker is a JavaScript file that acts as a middleman between the web app and the network. Because of this it can provide cache services, speed the app rendering, and improve the user experience.

For security reasons, only HTTPS sites can make use of Service Workers, and this is part of the reason why a Progressive Web App must be served through HTTPS.

Service Workers are not available on the device the first time the user visits the app. On the first visit the service worker is installed, and then on subsequent visits to separate pages of the site, this Service Worker will be called.

Check out the complete guide to Service Workers

The App Manifest is a JSON file that you can use to provide the device information about your Progressive Web App.

You add a link to the manifest in every header on each page of your web site:

This file will tell the device how to set:

The App Manifest is a W3C Working Draft, reachable at https://www.w3.org/TR/appmanifest/

The App Shell is not a technology but rather a design concept. It’s aimed at loading and rendering the web app container first, and the actual content shortly after, to give the user a nice app-like impression.

Take, for example, Apple’s Human Interface Guidelines’ suggestion to use a splash screen that resembles the user interface. This provides a psychological hint that was found to lower the perception that the app was taking a long time to load.

The App Shell is cached separately from the contents, and it’s setup so that retrieving the shell building blocks from the cache takes very little time.

Thanks for reading through this tutorial. There’s a lot to learn about this topic and the new browser APIs. I publish a lot of related content on my blog about frontend development, don’t miss it! ?