Originally Published on BetterHumans.coach.me on February 21, 2018 By Melody Wilding 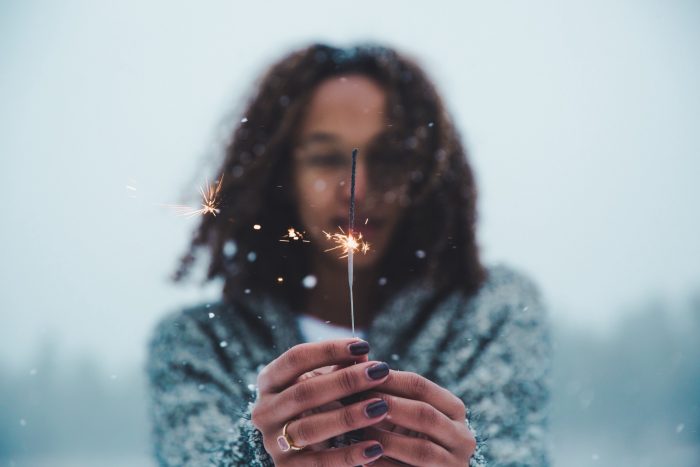 Protect your calm and build the emotional immunity needed to deal with difficult people.

Gabe was a rising leader at a non-profit in New York City. Smart, compassionate, and driven, he had strong relationships with his donors and the community his organization served.

But lately Gabe was drained by the difficult dynamics happening around him. He was sick of chasing down co-workers for information they promised to get him weeks ago. He was fed up hearing excuse after excuse, and growing tired of the complaining and water-cooler gossip.

No workplace is perfect, but it’s difficult to perform and feel your best when there’s dysfunction all around you. Condescending comments, put-downs and sarcasm — all hallmarks of passive-aggressive behavior — contribute to an environment of incivility, according to experts. Left unchecked, latent contempt can erode morale and contribute to burnout, even if you otherwise enjoy your job.

Having gone through burnout myself, I could clearly see red flags signaling Gabe was heading down an unhealthy path. His resentment was turning into anxiety. He dreaded going into work every day. When Gabe told me this and shared he was also thinking of giving up his lifelong mission to pursue the humanitarian work he so loved, I knew it was time to step in as his coach and work with Gabe to get the situation under control.

Identifying passive aggressive people can be tricky precisely because they don’t clearly express themselves. Their words don’t match their actions.

For example, your teammate may agree to help you with a task, then gripe about how crazy busy and overwhelmed they are by all the responsibilities on their plate. You’re left feeling bad, confused as to why they said “yes” in the first place. Sound familiar?

Because passive aggressive behavior can show up in so many different ways, disarming it isn’t always easy or straightforward. In Gabe’s case, he had to uncover things about himself first before turning toward confronting his colleagues.

Although dealing with difficult people takes time and patience, it’s well worth the effort to save your well-being and self-respect. Learning to short circuit unproductive relationship cycles can save you from unending power struggles that leave you feeling miserable.

Here’s how you can protect yourself from negative effects of passive aggressive behavior and do your part to stop the spread of incivility.

Work through the steps below to overcome the passive aggressive people in your life.

1. Get Your Emotions Under Control

Difficult co-workers can high-jack your emotions, causing you to act and think irrationally or out of alignment with your values.That’s not exactly a healthy situation in which you can succeed.

As hard as it may be, do your best to de-personalize the passive aggressive person’s actions. If you do feel triggered, there are a few techniques you can use to manage your reaction:

When a colleague cops a passive-aggressive attitude, determine how this behavior has benefited them in the past. Look for the hidden positive outcome motivating the person to act passive-aggressively. What do they achieve by not expressing themselves directly? They may get to feel superior by putting others down. Compensatory strategies like gossip, complaining, or playing the victim are often used to cover low-self esteem or to indirectly deal with anger, resentment, or other uncomfortable emotions.

There’s a simple formula you can use to distance yourself from the dynamic while keeping relationships intact:

First, empathize. Acknowledge your co-worker’s reaction, addressing the deeper, human need below the surface, which could be love and belonging. The real reason they may be gossiping is because they want to feel heard and validated.

Then use redirection. Maybe you nudge the person towards a solution, “Ugh, it sucks to feel like you’re undervalued. You should talk directly with your boss about this.”

Or encourage them to focus on what is working, for example, “It sounds like the situation is still bothering you. That sucks. For now let’s talk about how things are going with the new project you’re working on.”

This step doesn’t magically change passive aggressive behavior, but it does take you out of the role of enabling it by saying nothing.

3. Look at Your Contribution

When Gabe took a closer look at what was going on with his team, he realized his people-pleasing tendencies were contributing to (and perpetuating) the cycle of passive-aggressive behavior at his office.

By swooping in to fix every problem and staying late to complete projects left unfinished by others, he’d unintentionally trained his colleagues to be helpless. They could continue neglecting deadlines with zero consequences. They didn’t have to take responsibility because, “Gabe will do it.” Gabe’s brand of self-sacrificing work martyrdom is increasingly common, especially among well-meaning leaders who value hard work.

Get honest about how you may be contributing to the unhealthy dynamic in place. For instance, think about the last time you felt upset, hurt, or angered by something your co-worker or boss did. How did you react? Did you speak address the situation swiftly and directly? Or did you fall into passive aggressive patterns yourself?

Consider how your beliefs and attitudes towards power, conflict, and emotional expression shape your behavior at work and in relation to other people. Do some digging around questions like:

Reflecting on questions like these helped Gabe uncover that deep down his over-functioning was actually resulted from a deeper fear of confrontation. Armed with this self-knowledge, he became more aware of how he could now change the role he played in keeping passive aggressive patterns in place.

4. Be Firm and Set Limits

When you start changing the way you communicate with passive aggressive people, expect backlash. Micro-aggressions may intensify when you disrupt the normal, status quo way of doing things.

The assertive message formula is helpful communication tool that can aid you in standing your ground, even when the passive aggressive person argues or makes excuses.

The prototypical assertive message uses a format as follows:

Here’s an example of how Gabe applied it to confront a colleague who was chronically late with deliverables:

Your aim is to convey straightforwardly about your feelings and make an explicit request as to what needs to change. Does this always work? No. But it’s healthier and more mature than internalizing frustrations.

I know it’s not easy to make demands of other people — especially when you’re angry or annoyed. Assertiveness does take time to master, but with consistent effort, it’s a skill you can get better at.

Most people simply try to ignore passive-aggressiveness in the workplace, which inevitably backfires. It takes hard work to instead choose developing skills at disarming difficult dynamics. It also requires courage to dive deep and examine how your thoughts and reactions to passive aggressive behavior around you. By leaning into the discomfort, you can pave a path towards lasting leadership and personal growth.

Thanks to Coach Tony and Coach.me.